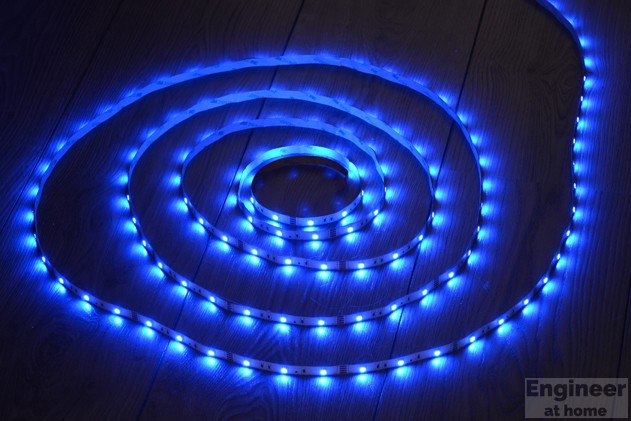 How to build an RGB LED strip controller?

Now LED strips are becoming cheaper and you can easily get to via Chinese websites there is the popularity increases. But how can you get the RGB LED strip with your Arduino directly without that things break down?

A standard RGB LED strip consists of a lot of RGB LEDs that are connected in groups of three parallel. However, the groups of 3 or are connected in series, which means that the required voltage in order to send the strip to 9-12 volts, instead of the 3 to 4 volts which is sufficient for a single LED. If the property is also on your LED strip. 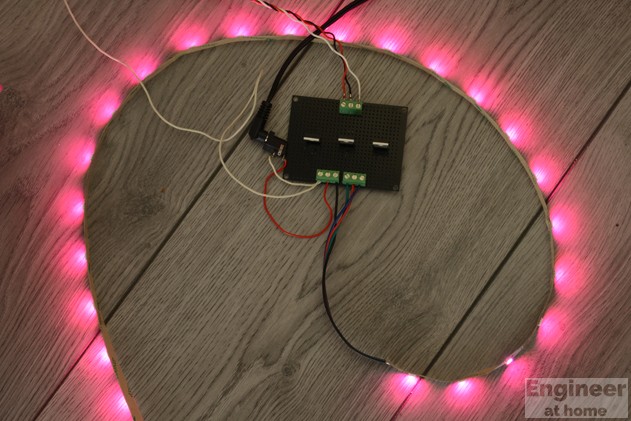 Power consumption of the LED-strip

SMD 5050 LED draws about 20 milliamps per color, so 60 mA per LED. On my LED strip contains 30 LEDs per meter, so the total current can be up to 1.8 amperes per meter. Fortunately fires almost never all colors at once because I fully with pulse width modulation of the color mix. Still do your best in order to get your LED strip talking a decent diet I'm using a 9 volt 1 amp adapter.

This high power consumption is also the reason you do not want to hang out, which can tolerate only about 20 mA. LED strip directly to the PWM ports on your Arduino Using a pair of MOSFETs this issue is resolved soon. MOSFETs are a type transistors that you can send. A large current Because the LED strip is the positive poles tied together, we must send the colors by their negative, so we use N-type MOSFETs. I use IRF3205 MOSFETs, but basically you can use any FET that meets the requirements as voltage and current concerns. 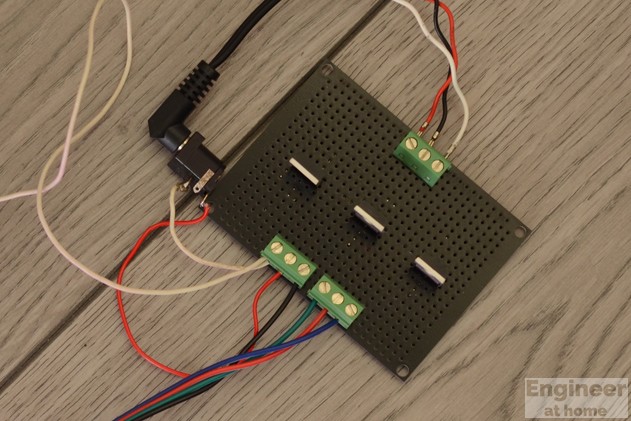 Schematic of the de LED controller

Below is the wiring diagram, check the datasheet of your FETs or the pinout is correct! Generally the gate pin 1, pin 2 and pin 3 of the drain source. Do not forget to connect. The ground of this power to the ground from the Arduino when using an external power supply for LED strip, 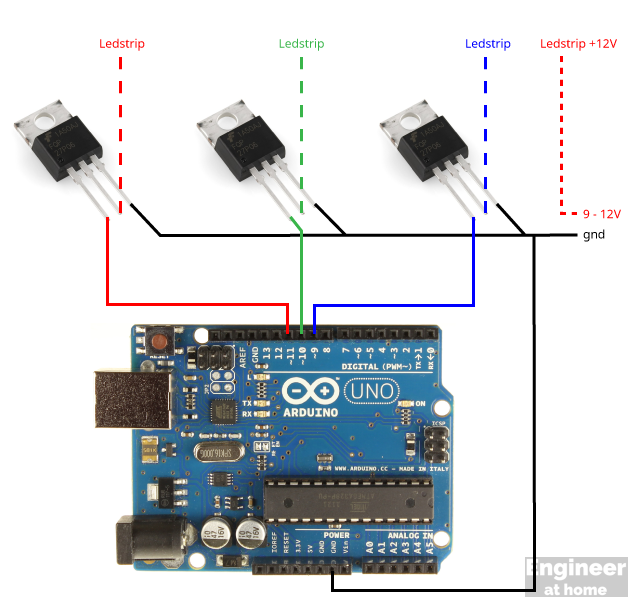 If everything is connected, you can control the LED strip with the analogWrite () command in the Arduino programming environment. With a simple-for example, you can run to the LEDs fade.

Want to make it even better? I have the LED strip controller hooked up to my Arduino home automation system so that I can operate it from my phone!

5 comments on this article »